Crowdfunding Again – And The Players Pub 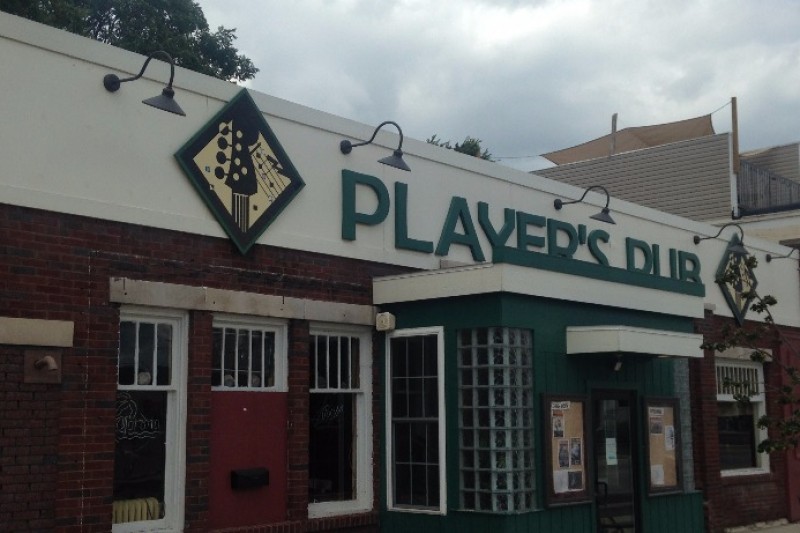 Last week an outcry went through Bloomington’s music community. Players Pub, one or the few all ages venues and home for many local and touring artists over the last decade, had posted a sign that it was closed due to financial problems. Since many had bookings and hadn’t been cancelled yet, of course there were a lot of questions. Many also immediately offered help in form of a benefit concert. Owner Joe Estivill opened the doors back up the next night for the Blues Jam to a jamming house! He got up on stage and explained the current hardship and asked everyone to consider contributing via a Gofundme Campain and buying gift certificates for the Pub. The community affected and involved with this venue seems large enough that with small contributions by everyone the issues could be solved – nevertheless I’m puzzled by the sluggish reaction, hear are some thoughts to ponder. 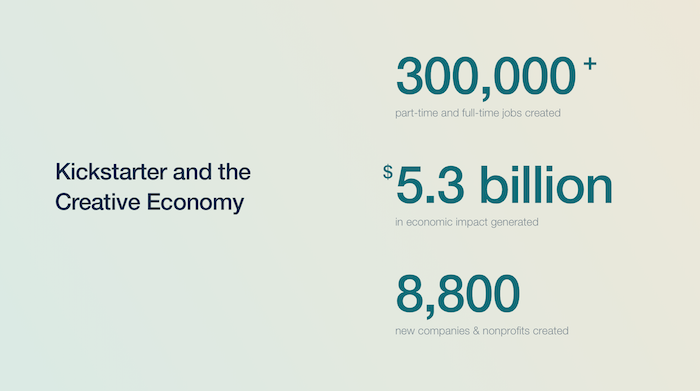 I’ve led three crowdfunding campaigns over the past year for two recording and a cultural exchange project. As I discussed in previous blogs, crowdfunding has become an essential tool to connect projects with their customers and facilitate the realization of good ideas and projects. In fact, a recent study by the University of Pennsylvania documented the economic impact of the most popular platform Kickstarter with an estimated 8.800 new companies that have gotten their start through Kickstarter. About 20% of projects become sustainable companies creating new jobs. Every contributed dollar multiplies in value 2.5 times for the creator and an estimated $5.3 billion in economic impact have been created through those projects.  In addition project creators reported:

The complete findings can be downloaded here. While this sounds like a great new way of financing projects, it’s also a very challenging process for the creator. Usually the support community is gathered through personal outreach with recommended social media posts three times a day and surrounding activities. And most of the outreach needs to be directly from the creator and not other team members in order to be most effective. That’s a lot of pressure on the creator who rather should focus on his work  than having to think continuously about strategies further with the campaign – a process quite draining on the creative juices. 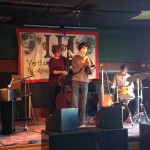 In any case, back to rescuing Player’s Pub which is a venue that fills a crucial void in the Bloomington community – it’s all ages, it’s stylistically very eclectic, it’s downtown and close to the B-line Trail, it’s very affordable, it has liquor license and good food menu, it presents music seven nights a week mostly by local talents with various open mic opportunities. Initially, the venue was opened in 2007 by Greg Hill who suddenly passed away in 2011 at the age of 56. Joe Estivill decided to take on the challenge and lead the Player’s Pub as it had become such a beloved Bloomington institution. He improved the menu, got the all ages permission, and with rearranging of programming managed to move the venue towards growth. It seems though that for unknown reasons revenues over the past two months were down $7,000 each, a loss that a father of two small children in the entertainment business can’t make up. Hence he decided to push the brakes and close, but is now willing to keep going pending community support through the crowdfunding campaign and gift certificates.

In my mind, it seemed such a straight-forward strategy – if the community comes together with small contributions each as well as showing support by attending the shows, coming for dinner, spreading the word – it would be easy to stabilize the financial situation and make sure the venue will prosper. I immediately sent in my contributions to the campaign from England and posted the link in all my networks. But somehow the support seems to be coming in pretty sluggish – in four days only 28 people contributed with a total of $ 2,515 towards a $55,000 goal. Also the reposting of the campaign is very slow – I would think that every musician and costumer far and wide would share it with all their networks. Hence I’ll put out some thoughts and am hoping on some feedback – it’s a very interesting situation! Here it goes:

In any case, I’m VERY passionate about the need of keeping this venue a Bloomington institution and about the need of a community to unite in favor of a cultural investor who has dedicated his well-being and career to the common good. I’m also a believer in the power of crowdfunding not just for alternative financing models but also as a way of building communities. After all – I’m running crowdfunding campaign #4 at the moment in support of the second recording project of The Whole World in Her Hands – have a look at the fun perks. So I would love to get feedback on my thoughts above and also encourage everyone to find a way to support – by spreading the word, the campaign link, coming to shows, coming to dinner, getting a gift certificate, or just in general finding a cause that  you passionately support. Everyone will benefit!