In Her Hands: Key Changes in Jazz 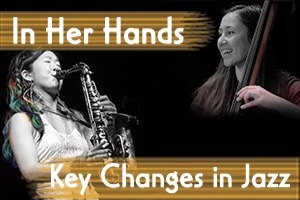 The new documentary by award-winning filmmaker Kay D. Ray is making the screening rounds and we’re excited to have two showings with music and discussions in Indiana. Below is the description for this very timely and important account of the barriers that female instrumentalists in jazz are facing. The first screening will be in Evansville, Sunday, March 3, 2:30pm at the Bokeh Lounge combined with music by Monika Herzig with special guests Destiny Muhammad and Karina Colis. The second screening is Wednesday, March 6, 11:15 at Indiana University in SPEA 272 followed by a catered panel discussion at 12:30pm in the SPEA Atrium. And the filmmaker will be in attendance in person for both screenings. 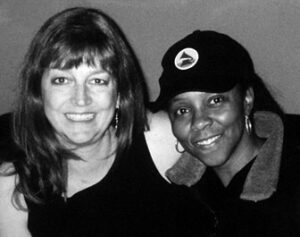 About Kay D. Ray: Returning to Seattle from film and video work in Vancouver, B. C. and Los Angeles, producer and director Kay D. Ray worked with Microsoft Studios for four years and was the senior film producer for Experience Music Project where she developed and created over 85 films and directed numerous interviews.

In Her Hands explores women’s visions and how they are taking it in their own hands to make the needed changes to get equality in the Jazz world today. Enjoy the trailer –

Women are fighting for blind auditions. They are pursuing their music passion no matter what the obstacles and pushing for performance and recording opportunities. They are providing positive role models and nurturing young women musicians. They are encouraging women to become involved in performance and composition.

Join Monika Herzig’s group Sheroes, on their second tour as they introduce issues facing women jazz today. With concert footage and interviews from Sheroes and
women musicians around the US, from New York to Louisville, Seattle to
the Bay Area, women around the country are making sure women and young
girl musicians have the opportunities in the field of jazz Interviews
with Anat Cohen, Grace Kelly, Ingrid Jensen, Naomi Moon Seigel, Seattle
Women’s Jazz Orchestra, Marge Rosen, Montclair Women’s Big Band, Ellen
Seeling, Jean Fineberg, DIVA, and Sherrie Maricle.

“Music has no gender.” – Anat Cohen

“There’s no school that I can think of right now that is nailing this.” – Ingrid Jensen

“We need education that reaches all of our women, all of our students.” – Sarah Cline