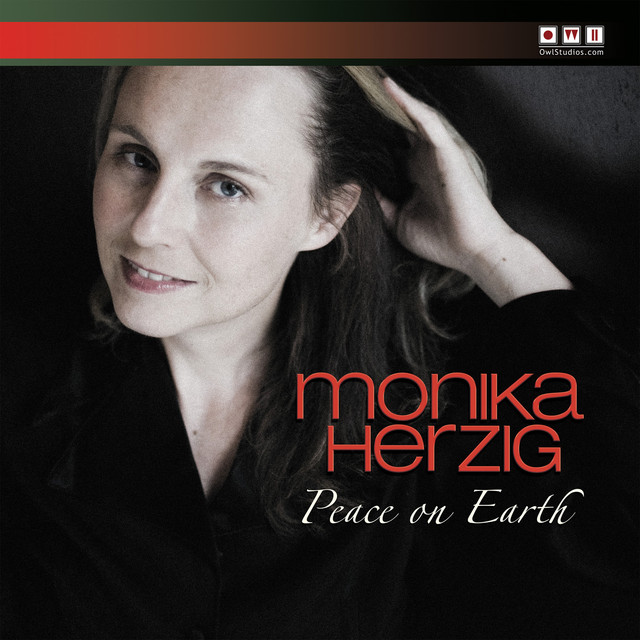 It was July 2008, in the middle of summer, when we went into the studio to record a collection of songs with a winter and holiday theme. My mission for this album was to create a sense of global unity, peace, and companionship. Most cultures and communities celebrate the middle of Winter in order to brighten up the darkest days of the year, to prepare for a new year, to gather with friends and families. Peace on Earth was the theme of my collection – and its become a yearly celebration, get ready for the December 13, 2018 edition, our 10th anniversary. Read on for a taste of what to expect and mark the calendars.

This year’s edition brings together some of my long-time friends and colleagues with Oliver Nelson Jr on flute, Tom Clark on saxophones, David Miller on trumpet, Janiece Jaffe on vocals, Peter Kienle on bass, Sam Bryson on drums and of course yours truely on the keys. And of course the audience becomes part of the show when we sing along to John Lennon’s Merry Xmas and Have Yourself a Merry Little Christmas.

A traditional German carol is O Tannenbaum or O Christmastree – a song celebrating the faithfulness of the fir tree with lyrics written in 1824 by organist/ composer Erich Anschütz to a 16th century folksong by Melchior Franck. My version is based on a 5/4 ostinato and last year’s performance is one of my favorites!

Always a crowd pleaser is the swinging Sleigh Ride. Leroy Anderson started writing the song in 1946 in their cottage in Woodbury, CT where he imagined how the winter season might look like. The song became one of the signature works of the Boston Pops Orchestra after its premiere in May 1948. Another interesting fact is that Mitchell Parrish added lyrics several years later, he also wrote the lyrics for Hoagy Carmichael’s Stardust.

Joni Mitchell’s River is from her 1971 Blue Album and was inspired by the South Saskatchewan River in Saskatoon, Canada, her hometown. It became one of her most recorded songs, lamenting a recent breakup and emotional bonds – most likely to Graham Nash. Here is our arrangement

The Coventry Carol comes from 16th Century England lamenting the massacre of all 2-year old boys ordered by King Herod who feared for his throne. It was performed as part of a mystery play called The Pageant of the Shearmen and Tailors as part of the Feast of the Holy Innocents celebrated on December 28.

And one more taste of things to come – gotta keep some surprises! This is one of my originals inspired by the season called “Ode to a New Year”. I wrote this during a rare quiet moment on New Year’s Eve 2007 – my own kids were five and seven at the time. The future is always uncertain – 2008 turned out to be a tough year with the economic crisis, but it also became my first year as full-time faculty at IU and it brought a recording contract to release “Peace on Earth”. Similarly, the song switches in meters with the melody hovering over the changing beats – finding our melodies will help us navigate the changing tides of life.

Wishing everyone a peaceful season wherever you are and whatever you celebrate – if you’re close to Bloomington join us Thursday, December 13, 5.30-8 at Bears Place and of course, the music from “Peace on Earth” is available anywhere for your enjoyment – more info here. Happy Xmas – War is Over