The last two weeks were a non-stop jazz party – 4,000+ jazz musicians, students, educators, supporters at the Galt House in Louisville for the JEN Conference followed by the Jazz Connect Conference and Winter Jazzfest in New York City. I’m still trying to organize and reflect on the whirlwind of activity. At JEN, I put together the research track and led panels on grant opportunities, community advocacy, as well as women in jazz. During the nightly jam sessions I got to play with a variety of great players and had the honor of performing together with Rufus Reid, Brad Goode, Don Braden, 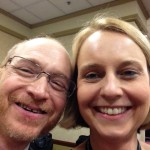 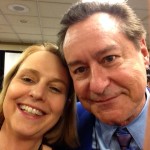 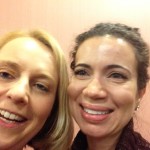 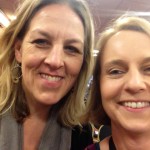 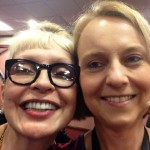 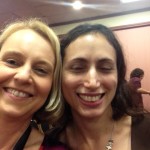 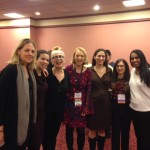 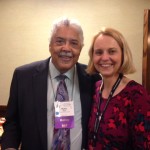 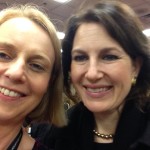 Tom Bones Malone, and Josh Roberts in Danny Bacher’s Swing That Music. At Jazz Connect, I shared the results from the Jazz Audience Initiative and got to spend time with the crew of my new record label Whaling City Sounds. They are a wonderful group and I’m really looking forward to our release this summer – The Whole World in Her Hands will be released on June 10!

But of course the highlight of the two weeks were the two performances with ‘The Whole World in Her Hands’ Band. We were able to gather a fantastic group with Jamie Baum – flute, Ingrid Jensen – trumpet, Reut Regev – trombone, Leni Stern – guitar and the Louisville rhythm section of Natalie Boeyink and Arianna Fanning and the New York rhythm section with Rosa Avila and Jennifer Vincent. The guiding concept of the group is to showcase female leaders from around the globe and we had performers from Germany, Israel, India, Mexico, Canada, and of course the US together on one stage. The other feature of this group is showcasing not only the performers but also their compositions. Except for my arrangement of The Whole World in Her Hands, the set featured all original music with some of my compositions, Leni Stern’s ‘The Cat That Stole the Moon’, Jamie Baum’s ‘Wayning’, and Reut Regev’s ‘A Total Non-Impossibility’. The group has an interesting balance of traditional forms and melodies with a large dose of interaction, freedom, and communal improvisation. Everyone has a most supportive attitude and of course with such an accomplished group of musicians the music soars beyond any expectations. I can’t wait to see where this group will take the music once we tour extensively. Below is a picture gallery of selfies with all these wonderful people – videos of the music are coming soon. My favorite comment after the JEN conference was “You guys are the happiest band I have ever seen”.  Yes!!! Here are some highlights from the Greenwich House performance.