Who Put the Crowd in Crowdfunding? 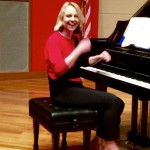 If you have attended one of my concerts lately you heard me joking about the various creative uses of CDs – the coasters, frisbees, finger decorations etc. What I really mean though is that the role of audiences in creating artistic products has drastically changed. Everyone has an active role in the process as well as determining the outcome. 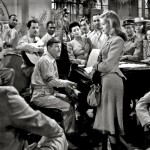 Consumers have become collaborators and without partners there is no survival. With digitization and globalization the world has become a highly competitive marketplace with an overwhelming amount of choices. And without many of the traditional filter systems in place, such as labels, stores, talent scouts, etc, it is up to the consumer to make their choices and determine which artists and products are worth supporting. In some regards, this new system can be compared to the pre-Mozart patronage system for the Arts where patrons set up various payment systems for the musicians and artists of their choice. But the industrial revolution has empowered everyone to be a patron and support by buying concert tickets, recordings, merchandise, and so on. But more importantly, beyond the choice of buying products, consumers now determine the quantity and quality of artistic creation by subscribing to youtube channels and fan clubs and most importantly crowdfunding projects. 21st century artists are often artist-entrepreneurs working on multiple projects with some coming to fruition through audience support. The advantage is a larger spectrum of involvement options for the consumer beyond buying a $20 package that takes up space in the cabinets but it also creates a vulnerable position for the artist who continuously has to invent new collaborative strategies. In addition, change takes time often over several generations. Hence, while the younger generations have grown up in this collaborative environment and easily choose projects and social circles, older consumers have reservations about this new role of consumers and/or don’t have the technical savvy and access to make their project choices. The problems caused by these barriers have a deep impact on current culture that many might not be aware of: 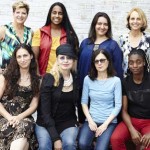 The reason I am contemplating these thoughts and observations is my current involvement in several projects that depend on the support of collaborative consumers through crowdfunding campaigns. My current release The Whole World in Her Hands on Whaling City Sounds was partially crowdfunded. With the help of 44 supporters who pre-ordered a variety of products for a total of about $ 10,000 I was able to showcase a selection of music composed and performed by the world’s leading female instrumentalists and recorded at New York’s Avatar Studios with the best engineering and production support possible. The campaign ran for 60 days and while it was extremely rewarding to receive such positive support, the constant outreach was also draining on self-esteem and personal perception. But the product is of the highest quality possible and a much needed showcase for the talent of these incredible musicians. 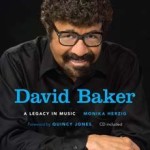 Just a few weeks ago we lost one of our jazz legends, David Baker, one of my most important mentors and subsequently the subject of my publication David Baker – A Legacy in Music on IU Press, 2011. When Mark Buselli and Brent Wallarab – leaders of the Buselli-Wallarab Jazz Orchestra – announced their intent to record a second volume of David Baker’s Big Band music I volunteered my help with the crowdfunding campaign because I believe in the quality of the music and the musicians and the importance of documenting these incredible Big Band charts. As the campaign is moving along, the generations gap became painfully obvious to me. Several times when I reached out to dear friends of David they let me know that they didn’t want to participate in any fundraising. Once I started explaining though that crowdfunding is a pre-order system with the option of choosing various goods and a necessity to make projects like this one possible, perceptions changed and many pledged their support. BUT – the goal is still very far away and the generations barrier has become quite obvious in this case. There are two more weeks to go – here is the campaign – I sure hope that such an important project will not become victim to the issues discussed above!

Finally – with my unique German- American jazz heritage I have been involved in producing a variety of events for the Sister Cities of Indianapolis and Cologne. Three years ago Cologne sent a jazz group to Indianapolis and we were able to create an incredible mix of performances, educational activites, and even an award-winning presentation with jazz photographer Duncan Schiedt and Indianapolis jazz legend David Baker on Indiana jazz history paired with a concert by the group. This year, there is an opportunity to send a jazz group from Indianapolis to Cologne in conjunction with an overseas course that I’m teaching in Graz/ Austria. Such cultural exchange is life-changing for the participants and crucial for social and economic progress in our conflicted times. But it’s also a complex and expensive endeavor and the Sister City committee has very limited funds. In order to make it possible, I found myself involved in another crowdfunding campaign to finance the flight costs for the three participating young and extremely talented musicians. Here is more info on this campaign.

So what am I trying to explain? That every choice  we make in what event to attend, what merchandise to buy, and each dollar spent shapes culture and society. Furthermore, crowdfunding is an essential tool for active collaboration between artists and consumers.  It’s not begging for donations but providing the opportunity to choose product and level of involvement – an ultimate cultural democracy. Make your choice and become an active collaborator in shaping a culture to be proud of.