Who Was The Third Passenger?

One of the Bob Berg tracks on the new Time Flies LP is the revised version of my tune The Third Passenger. The song, written exactly 20 years ago, captures an emotionally challenging tragedy in music. Many women have similar experiences, often multiple times, but very few dare to talk about it.

tour to Germany tour with our fusion group BeebleBrox. The future was bright and wide open and when we returned from the tour I realized that we had brought along a third passenger – I was pregnant. Many of my friends had just started families or were in the process and the timing seemed perfect.

Happily, I shared the news with my family and close friends and started to reimagine our future. At the next checkup I received the bad news though – there was no heartbeat, nature had decided that this pregnancy would not go beyond the first trimester. I was devastated and started retracing my steps to find out what I had done wrong. Maybe I shouldn’t have gone running, maybe I should have eaten better, maybe I should have been thinking more positive, maybe…. Then I started reading books on miscarriages and learned about the high frequency of nature’s natural selection. Finally I talked to trusted friends and family and realized how many of them had similar stories to tell. 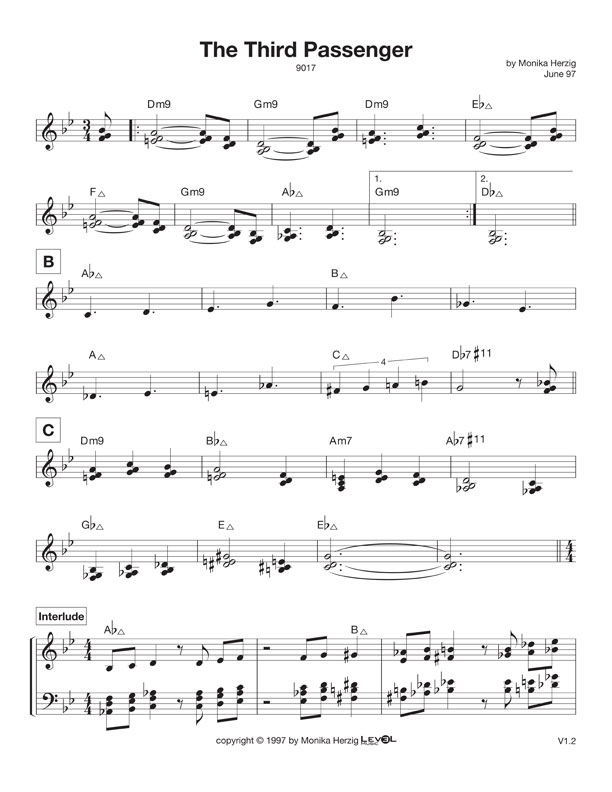 I felt guilty and ashamed, but little by little realized that nature was doing its course making sure any problems were eliminated early. I also realized that talking about miscarriage was a taboo with little attempt to eliminate the feeling of guilt. Music and new job opportunities were my healing grace and a good year later I found myself pregnant again and this time the Third Passenger stayed with us and will be 18 in September.  The tune has a minor quality and waltzes along happily until everyone had their story to tell. Then listen for the interruption with the meter change and the jagged little patterns. It seems like everything falls apart, the ground opens up. But we find each other again and come back together  – Bob Berg’s masterful playing makes this rendition very special and the tune a tribute to his life and the beautiful music he left for us. Here is our rendition this past June in Cologne. Hopefully the music can provide healing power to many.