With Or Without Words

We have a recent and fun tradition on Sundays. My 15-year old daughter helps me cook up some rice, eggs, and veggies and we stuff Tortillas for lunch. It’s a great opportunity to catch up on the week’s happenings and chat about life. Today she exclaimed, how her best friend had casually mentioned something that she found quite disturbing.She said, she couldn’t stand music without vocals. As a violist, oboist, and drummer in several school ensembles, my daughter really enjoys listening to movie soundtracks and instrumental music and identifying the sound of the different instruments as well as experience the emotional effect of the melodies and changing textures. But according to consumer reports and the amount of instrumentals performed at the Grammy Awards this past Sunday (none), instrumental music has moved to the fringes, music with words is the preference of our society. It has been nearly 20 years that an instrumental found 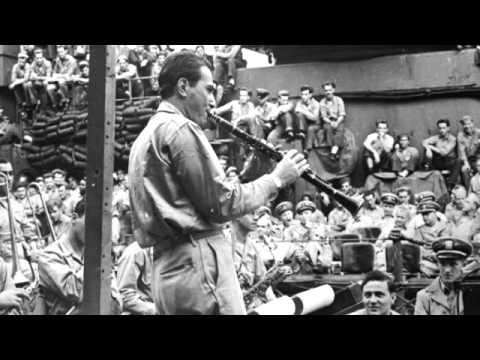 its way in the Top 20 charts, the last one was Kenny G’s 1999 version of Auld Lang Syne. That was not always the case. In fact, instrumental music used to be the norm while vocal music was on the fringes. Piano music and orchestral music ruled the public taste far into the 20th Century. Artie Shaw’s “Begin the Beguine”, Glenn Miller’s “In the Mood”, Bennie Goodman’s “Sing, Sing, Sing”, and of course many Classical favorites topped the popular charts until Petrillo’s Recording Ban and the arrival of Rock’n Roll. What happened?

Of course, the provocative lyrics and the hip-swinging Elvis were incredibly attractive to the baby boomer generation who spent more and more years in school before reaching adulthood with earlier onset of puberty. Suddenly there were ten years of semi-adulthood that needed its own culture and found an identity in the British Revolution and Rock’n Roll.

But here is an additional factor, much less known, that boosted vocal music to the forefront. On August 1, 1942, James Casar Petrillo, president of the Musician’s Union had enough. Radio stations increasingly played recordings and the full-time musicians employed by radio lost their jobs. Initially an ally to musicians offering plenty of employment and support, radio stations had become an enemy offering free entertainment to the public by playing recordings supplied by the record labels. Furthermore, live broadcasts from remote locations and by amateur musicians cut employment and income opportunities for union musicians. Just a few years back, Petrillo was able to negotiate a minimum quota of live musicians and broadcasts for his home Chicago through a local recording ban. The union was a powerful institution and he was convinced that he could achieve similar conditions nationwide by barring all union musicians from any mechanical reproduction. Hence he ordered a nationwide ban with the goal of bringing live instrumental music back to its glory days. Neither the government, the FCC, and other public

organizations agreed with the action and while the investigations aimed for a final ruling, broadcasters found alternative resources in vocal recordings and race music sold under the counters up to this point. By the time the dispute was resolved with implementation of a small fee towards live music funds from each recording sold more than a year later, vocal music dominated the popular music charts. Ironically, vocalists had been excluded from the union and been pushed to the sidelines in terms of fair earnings. The recording ban for union musicians opened the doors for vocal music towards new income streams and popularity.

Instrumental music, especially jazz and classical styles, have become marginalized with a less than 3% market share each. On the other hand, these art forms require a high level of musical skills and education and preserve musical masterworks and traditions. It’s exciting to see youngsters realize the special language of instrumental music. The dark timbres of oboes that seem to imply sadness, oriental scenes, swirling violins that create excitement, low brass resonating the power of emperors and victory communicate with our 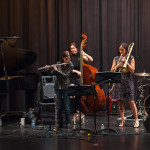 senses far beyond what words can express. Our senses and body responds to the timbres of the instruments, to beautiful melodies, unique harmonies, powerful rhythms triggering parts of the brain beyond the language centers. Many of us lost this ability to respond and listen, which diminishes the spectrum of our human capabilities. Here is my challenge – seek out a variety of instrumental pieces and listen, let the senses unfold and create images, ideas, emotions  – how about on Sundays while cooking lunch with your family – enjoy!